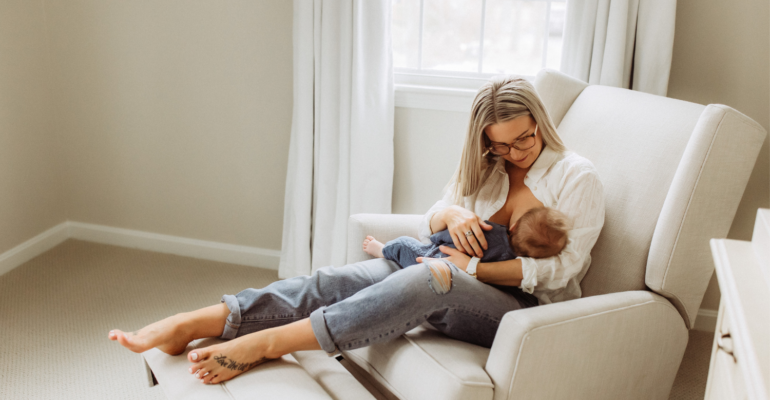 Firstly, full disclosure; I struggled breastfeeding both of my children. The issue with my first was reflux and my second was an early illness. I had to bottle feed at 2 weeks old. She then turned her nose up at breastfeeding from that point on.

In a strange, hormone fueled ‘I must give my baby breast milk’ kind of way, I expressed for the next 4 months – which pretty much killed me.

I remember after one particularly fruitless expression session (the hmm hmm hmm hmm sound of the breast pump still haunts me), I started to research how to increase breast milk production. There was a lot out there, as you can imagine, but it was hard to find out whether any of it actually made any difference.

So, this morning, I have been pouring through reports and studies and trying to work it out.

As a disclaimer, while I’ve only been looking at reputable reports and studies, I’m not a doctor and I can’t test the validity of those studies but I thought it would be helpful to summarise what they all seemed to be saying…

Firstly, it seems completely indisputable that the more you nurse your baby both in frequency and volume the more your breast milk production increases and that the most important phase is in the first two weeks which seems to set the tone for the rest of the time you breast feed. That’s not new.

Also, the better your position and your babies latch the more milk your baby will consume. Apparently, the bigger the baby the stronger it’s sucking mechanism and therefore the more milk that is consumed.

Surprisingly enough, milk output did not seem to be particularly impacted by; how much you ate (unless you were on a really extreme low-calorie diet which is definitely not advised), how much water you drank, your weight, exercise levels or age.

They’d been a study of mothers in first world countries versus those in third world countries and milk production was pretty similar. Also, apparently low milk production (not linked to low levels of nursing) is actually surprisingly rare. I want to caveat my comment about water in take here, while it may not have any impact on your breast milk production, you can still become dehydrated – so keeping your fluids up is still important.

If you’re nervous about how much milk you are producing, the best way to know is to weigh your baby before and after feeding – there are super cheap baby scales available on amazon that might be able to give you comfort that you are doing it right.

So, other than breastfeeding our babies regularly is there anything that actually has an impact?

Apparently stress can really impact your let down mechanism. This is probably easier said than done because when you’re struggling to breastfeed your baby there’s almost nothing more stressful but some breathing exercises might work. Taking a long, slow breath in through your nose. Holding it for three and exhaling through pursed lips should help. It will bring your blood pressure down and trick your brain in to thinking you are nice and calm – hopefully.

Some studies indicate that increasing the level of protein in your diet on a daily basis can impact breast milk production. They’re small studies and so it’s hard to be totally convinced but there’s probably no harm in adding some nuts and seeds or other types of healthy protein to your diet.

There have been studies across the world that hold fenugreek out to be the answer to all your breastfeeding needs but it seems that the evidence is pretty anecdotal and certainly not definitive. If you’re thinking about stocking up on Fenugreek seed pills make sure to read about any potential side effects.

I found next to no studies on whether any of the following would actually have an impact but….if we could come up with easy, tasty, safe ways to consume these things, then what’s the harm, right?

Foods that are quoted to increase breast milk production include: fenugreek, fennel, barley, barley malt syrup, oats & papaya. I’ve included a recipe below incorporating some of these ingredients, that is also high in fibre and protein. You never know, it might actually help.

Parental Leave – Let’s make it work for everyone

5 ways to lose your best employees during lockdown